COVID-19 Information City of Laramie COVID-19 information can be found at https://www.cityoflaramie.org/COVID-19 Click for links and more details

Create an Account - Increase your productivity, customize your experience, and engage in information you care about.

View the City calendar to see when the next meeting is scheduled.

To check for items presented to the Commission for a meeting check the Agenda.

Civil Service Commission consists of three (3) members, two members are appointed by City Council and the third is Mayor of Laramie City Council. 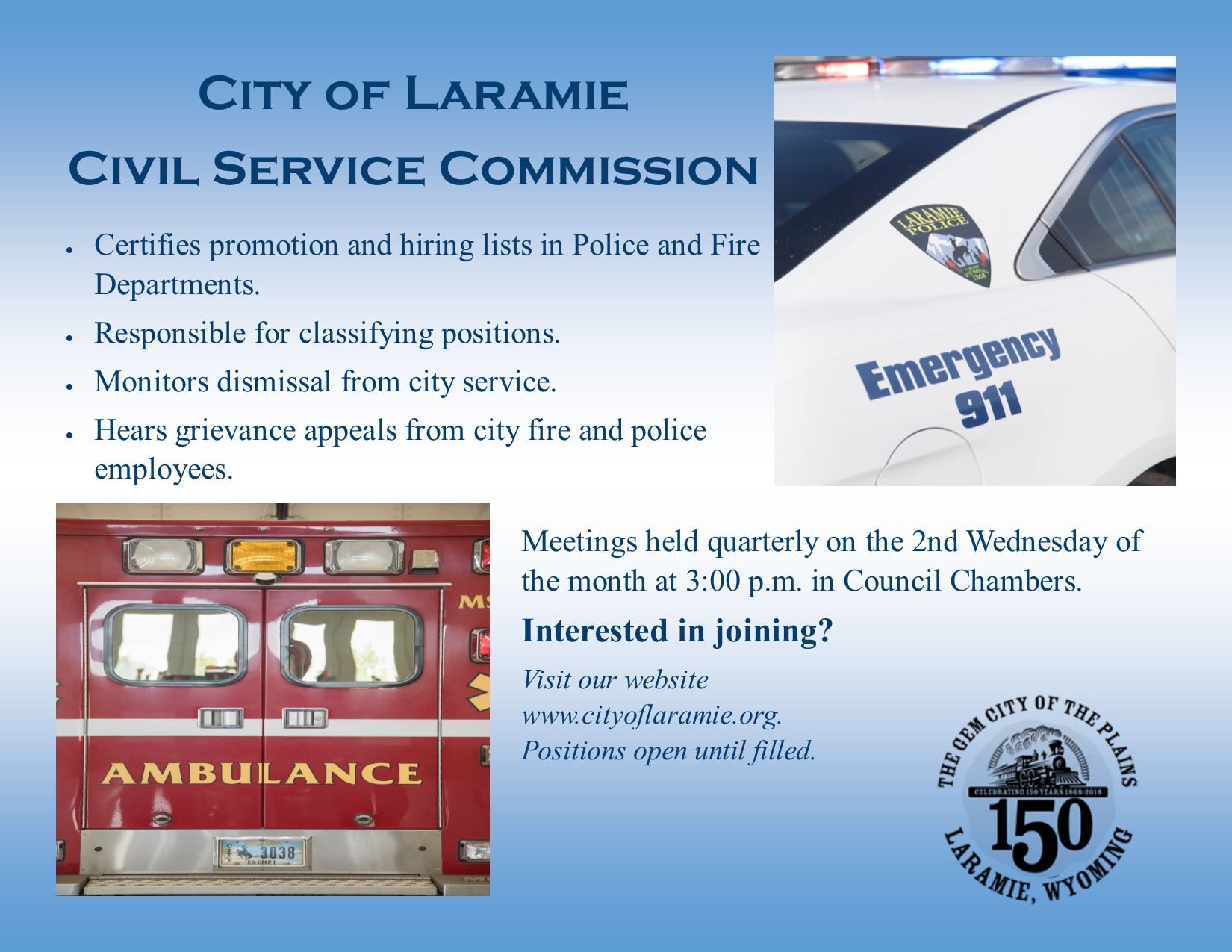